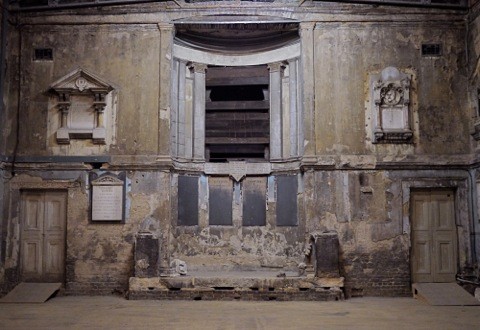 Asylum is an arts organisation based in Caroline Gardens Chapel, Asylum Road, Peckham.

Caroline Gardens was originally known as the Licensed Victuallers’ Benevolent Institution Asylum. However, despite being called an “Asylum”, it was not a home for lunatics. Instead, the word was used in its older sense of “sanctuary” and it was in fact an old folks’ home for retired pub landlords. The Chapel was bombed in the second world war and is in a semi derelict state. The Chapel building sits in the center of Caroline Gardens which is currently Southwark council housing for over 50’s.

In this site specific exhibitions the artists will respond to a range of stimulus, the building itself, the idea of sanctuary as a place of peace and the community in which it is situated.

Please note that Asylum will be CLOSED on Saturday.