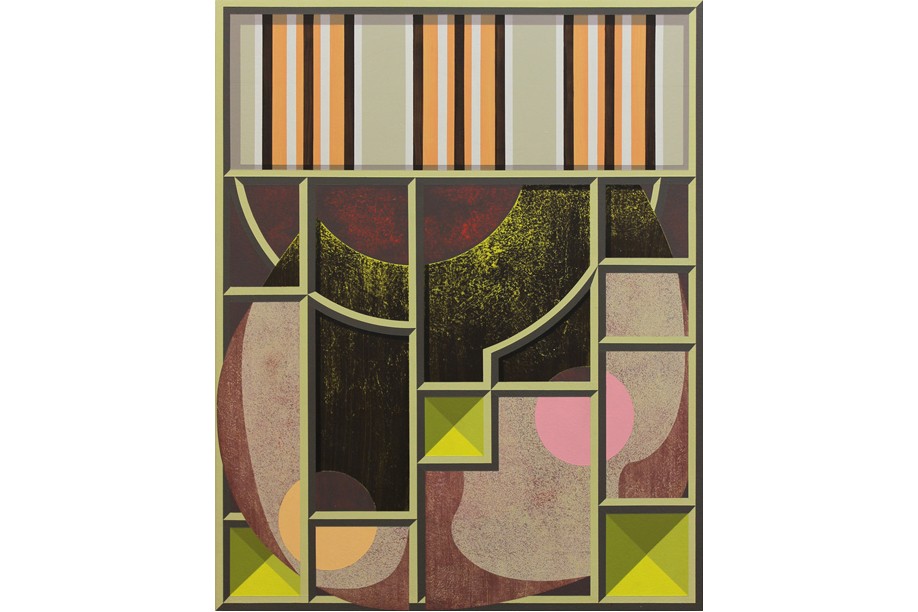 Screen Space is a group exhibition dealing with the construction of space in contemporary painting as a folding and unfolding between flatness and depth. Taking its cue from two manifestations of the screen, that of the digital monitor or interface and the dividing concertina used in room interiors, the notion of surface is considered in terms of both display and partition. Screen Space investigates how the processual logic of painting often reflects the pictorial language and mode of image distribution of its times, in this case the logic of the computer screen, with its multiple and simultaneous windows and frames, and its effects of transparency, fades, blushes, modulated gesture and conflicting passages of depth. The tension between depth, flatness and texture makes painting’s relationship with these notions of the screen so generative.