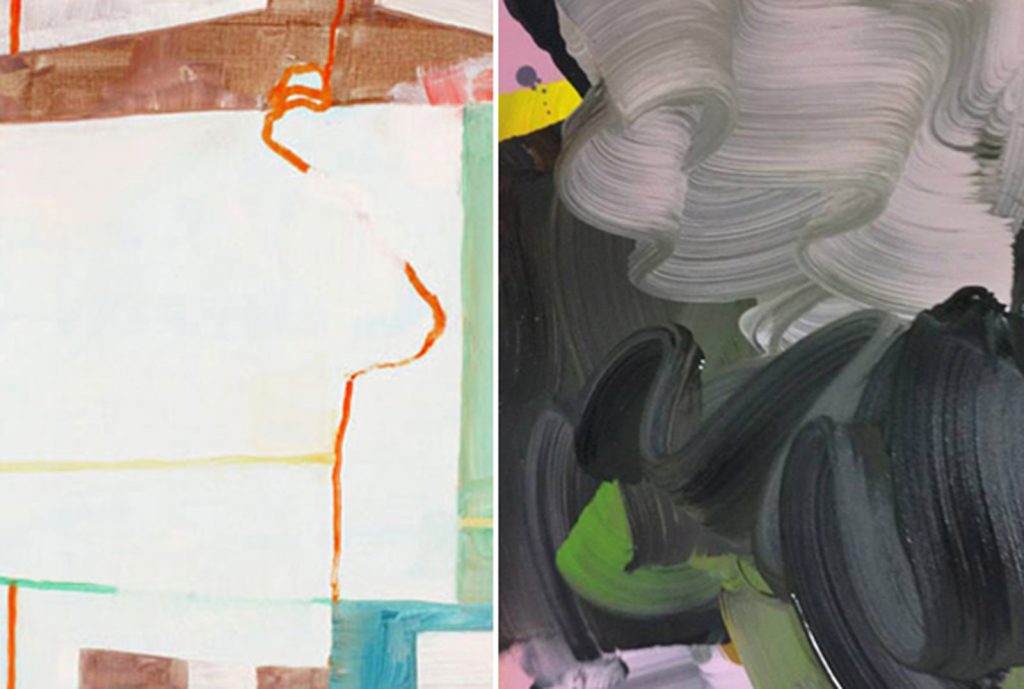 However much hesitation and revision may be inscribed in Lawlor’s paintings, each one looks as unrehearsed and un-embattled as if a single afternoon’s labor produced it. Anyone who has looked at a lot of abstract painting will suspect that, rather than transcending creative struggle, Lawlor has learned to camouflage it. More important, she has learned to forgo depiction, yet free a painting to exude reminiscences of shifting light and weather, or perhaps of the inner tumult of recollected experience.” – K. Baker

“Orientation settles down between picture surface and picture subject; between real space and image space. Between the materiality of the picture and its effect: showing itself over there on the wall variably from near or from far, from its edges or its center. Between the inside of the image and the borders of its pictorial body, is a density of probability.” – James Geccelli