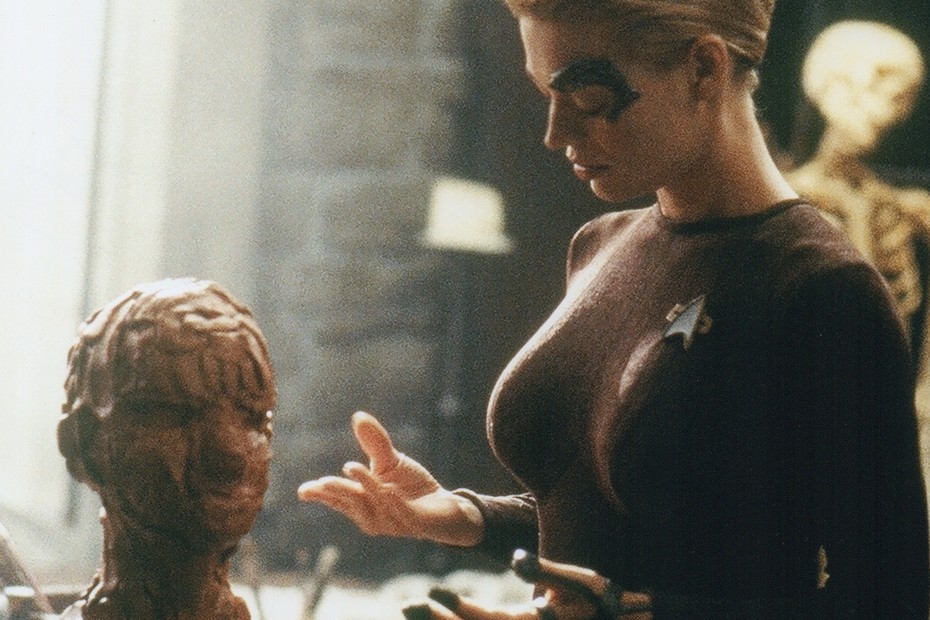 The title splices a Dionysiac lack of propriety with the myth of the edifying nobility of the creative struggle not only in an ironic way but in a form apposite to the image chosen to represent the exhibition. The character depicted in it is assigned an allegorical function as a sort of personification of the Art of Sculpture. Allegory has the potential to be misunderstood; a problem traditionally addressed by the use of rhetoric. In this case, the rhetoric is less concerned with persuading adoption of a particular interpretation of the work displayed than with establishing the identity of the character in the image as an entry point to the concerns addressed in the sculptures and a lens through which to examine them. She invites us to consider the role of representation and its relationship to sculpture through imagery from popular culture and to re-appraise its functions through the continuing exploration and development of sculptures historical and critical languages.