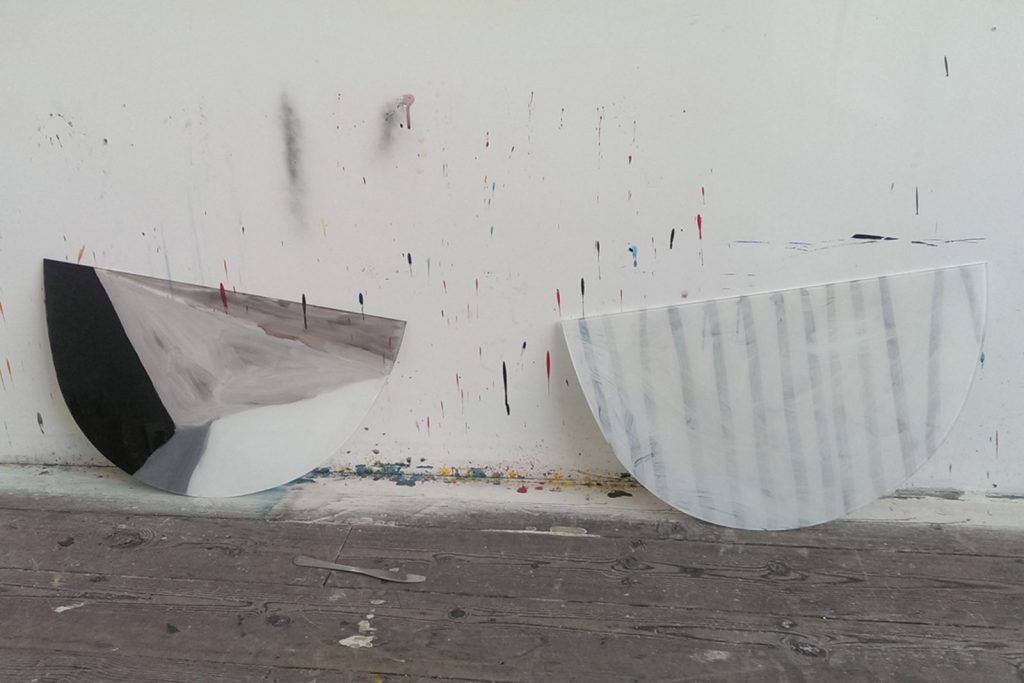 Detail from Sophie Mackfall's studio, London, 2015. Courtesy of the artist.

Part of an emerging generation of British artists, Mackfall demonstrates an expanded approach to painting by embracing the scale and surface of the spatial situations in which she works. Recent installations of colourful abstract forms have seen works on paper suspended across an office and gouache applied directly to a studio wall. Including paper, glass, fabric and cane, they hover between domestic intimacy and a broader architectural landscape.

Sophie Mackfall (b.1984, York) completed a BA Fine Art Painting and Printmaking, The Glasgow School of Art (2008) and MA Painting, The Royal College of Art, London (2015). She has exhibited at Whitechapel Gallery, London; Scottish National Gallery of Modern Art, Edinburgh; Transmission Gallery, Glasgow and AMP, Athens. She lives and works in London.