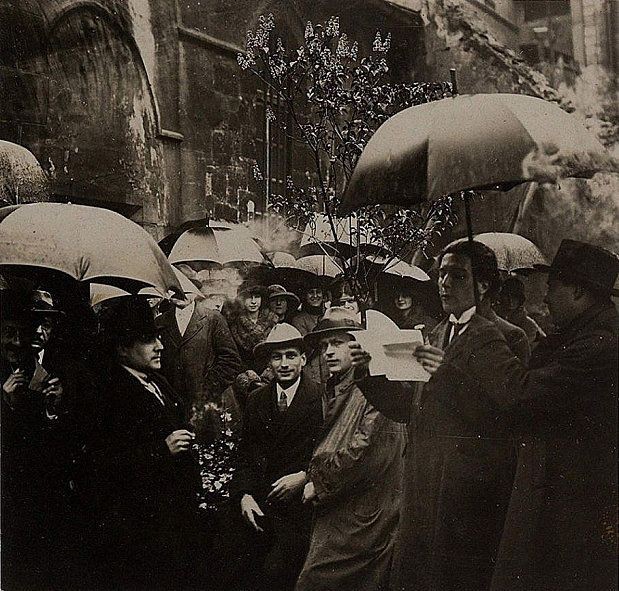 In the early Twenties, Tristan Tzara, international promoter of Dada, travelled to Paris from Zurich to meet André Breton. What followed were a number of spectacles in the name of Dada. One of those was the ‘Dada Excursion’ in the churchyard of St. Julien Le Pauvre. The event involved writers Tristan Tzara, André Breton, Philippe Soupault, as well as artist Francis Picabia. It took the form of the guided tour, but instead of leading a historical tour of the architecture and artefacts in and around the church, he guided participants around the churchyard which at the time was used as a rubbish dump. It was not about art but about Life. Dada = yes to life! For the Art Licks Weekend HOUSERULES is offering free guided tours by artists around the Rye Lane area in Peckham.