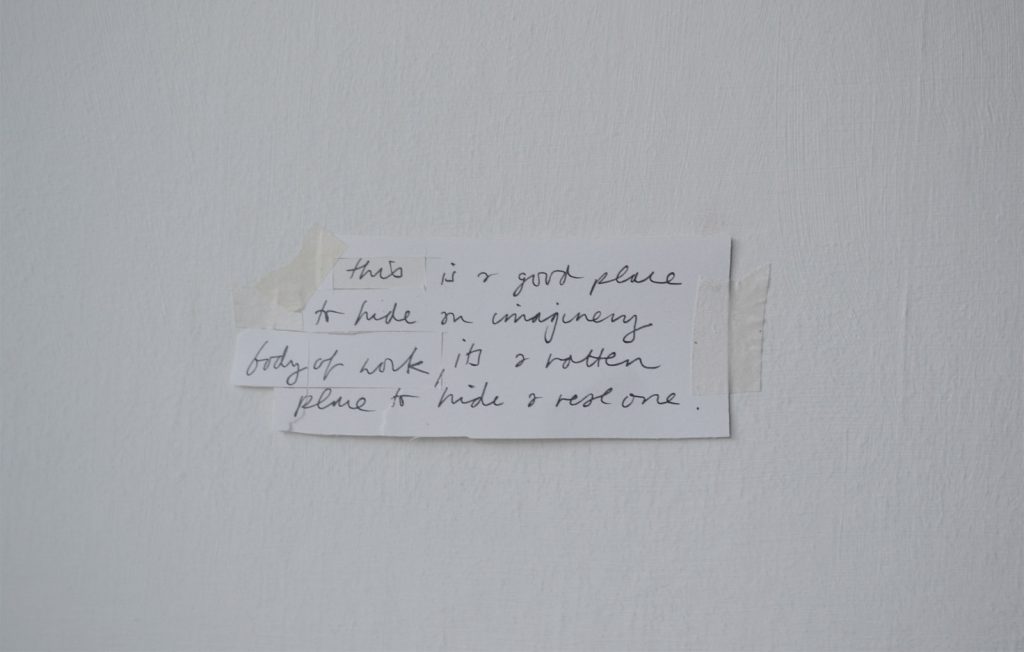 'But you know it's not the digging...', Peter Glasgow

It’s getting the DIRT out, that’s what you’ve got to worry about.”

For the duration of the festival, DIRT has curated a series of live and pre-recorded events to be broadcast from a closed law office in Islington.

Retracted from an audience, the work is accessed via an online stream and external screens placed onto the facade of the building, creating an interface between the indoor space and the outside world.

The performances, talks and discussions staged explore the relationship between performance and broadcast, and its potential for addressing the inherent difficulties of capturing and communicating the immediacy of thoughts and intensities.

DIRT will broadcast throughout the weekend and host site-specific work on Saturday.