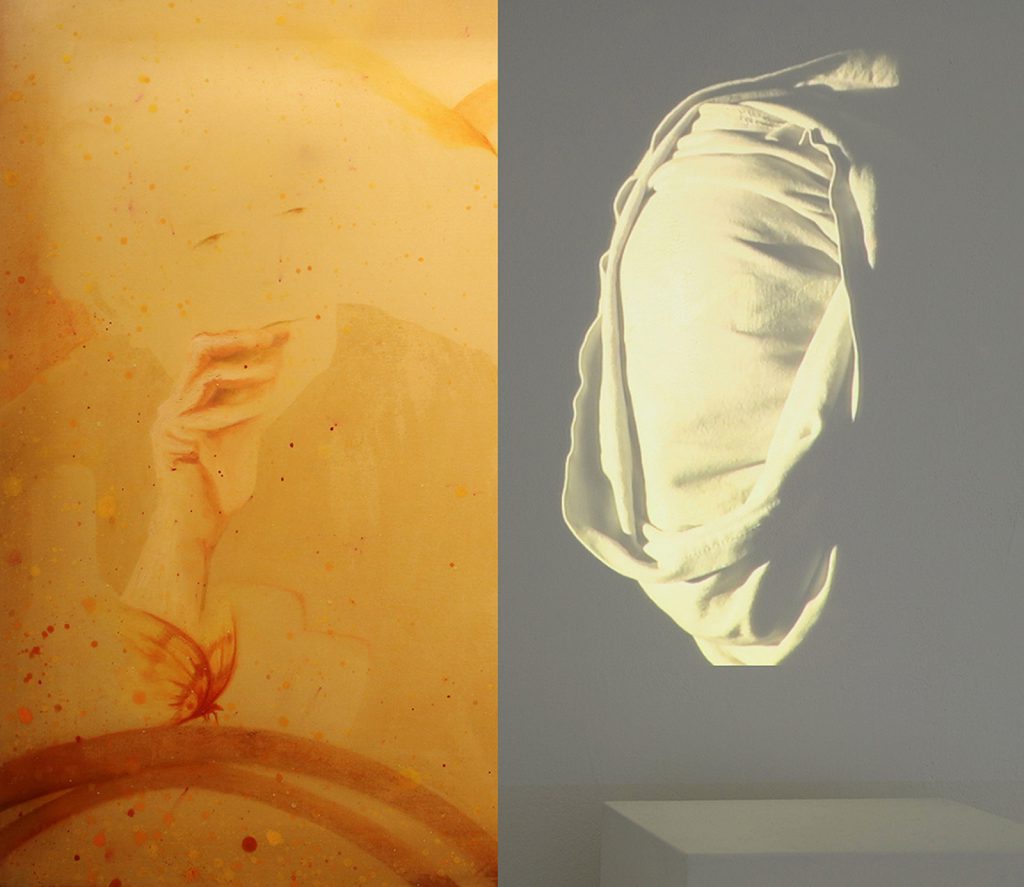 An exhibition in the unique context of the former cells and interrogation room of The Old Police Station in Deptford, exploring themes of memory, nostalgia and perception.

Mindful of Gaston Bachelard’s ‘Poetics of Space’, while simultaneously considering Lacan’s representation of the ‘real’, the exhibition considers the desire to leave and ‘remake’ a reality, whatever that may signify. The separate cells and interrogation room houses occurrences in relation to the two artists modes of practice: Roberts working primarily with paint and Abbot working with video but both sharing a keen interest in responding to the specificity of the given location. How might narrative threads be made and frustrated?; How might ‘blind alleys’ allude to or corrupt a message?; Can a mirror be held to the theatrical space of the installation – its performativity – implicating the spectator in that conversation?