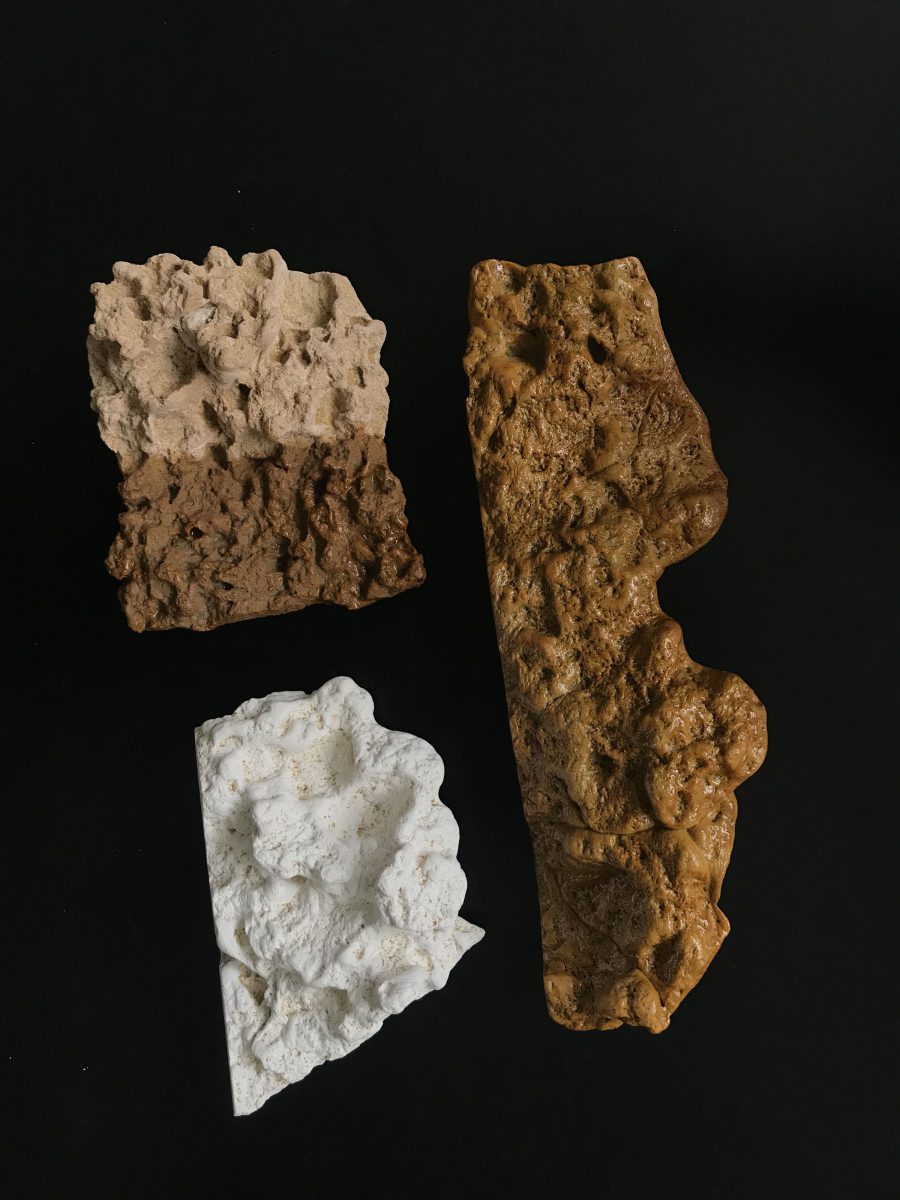 In other gardens is a group exhibition of five artists Olivia Bax, Nino Cais, Theodore Ereira-Guyer, Sam Llewellyn-Jones and Rita Vidal. On display are a series of collages, plaster sculptures, woodcuts, prints and textiles. The exhibition brings together ideas of disappearance, of the unseen and the visible, searching out forms to obfuscate, forms that long for their own moment of disappearance like ‘a sign — like the glow on a wall that still reveals the location of a fresco that has worn away’.1

In the space the artists are set in close proximity to each other with the hope that their works swirl into a larger pool of thought. The selection of the artworks came about from a consideration of disappearance and visibility peculiar to each medium in which the artists work. This could be an existential loss of humanity amongst the masses of people and imagery as explored by Nino Cais’s work with found photographs, ribbons and shells.

Another quality of the idea of visibility is given by Olivia Bax’s thoughtful approach to the notion of the inside and outside, and what is hidden when the world is seen from either perspective. Working with sculptures that meditate on the opaqueness of the object, Bax’s use of solid, bold pigments seem to only collude in the hidden depths and aspects of the worlds’ three-dimensionality.

Theodore Ereira-Guyer’s use of print and its indirect processes explores fading histories and memories, looking for similarities that pass in and out of sight. Intimate still lives are positioned next to mountains or landscapes. His works are searching to place themselves in a moment of both apparition and disappearance.

Sam Llewellyn-Jones’ sculptures and photographs highlight the indexical ability of these mediums. This is achieved by casting piles of sand which then dematerialise leaving only a shell, a mould of its transient form; as well as by the light that bounces from his photographed object, going through the lens onto the photographic film only to be transformed again and drawn onto paper.

Rita Vidal’s dense felt and glass works obscure any of their interior details, vanishing behind the reflections of their surroundings. The pieces confront the space they sit in, cutting the world in two with a horizontal slice of black and dark grey. Her objects seem to theorise how any real understanding is an interplay destined to pass.

Each artist has, in pursuing a medium over time and in-depth, extracted a specific meaning. This is expressed in the permutations that occur and alter only over durational time. Within the exhibition a space is created where new bridges can be crossed, correlations made, new gardens formed: finding a non-prescriptive approach that relies on intuitions and opening up of ideas. 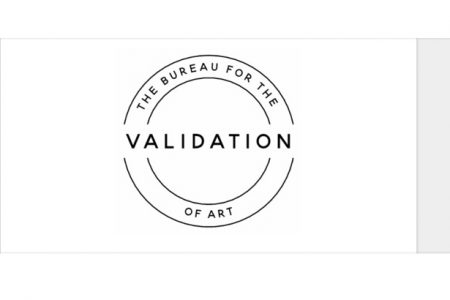 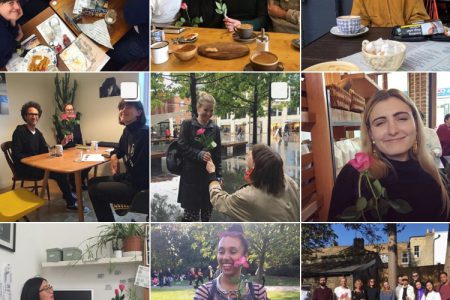