Labour Exchange at Creekside Projects is an exhibition for Art Licks Weekend 2018 showcasing the work of 10 emerging artists who worked as labourers on the construction of Creekside Artists’ new studios and project space in Deptford.

Creekside Artists are an artist-run, not-for-profit studio provider in South London, established since 2000. During a sudden period of flux this summer the arts organisation made the bold decision to utilise the skills from within their own artist networks to enable the studio charity to relocate to a more secure tenancy on Creekside Deptford. The decision to pool skills was an obvious but essential survival strategy, and one that most artists and arts organisations existing outside of the commercial art market are now forced to adopt. The act of spending the limited finances available on employing young artists to work on the building project instead of commercial traders was not only an economic necessity but one that was hoped to offer a genuine opportunity to build on skills learned at art school and develop constructive relationships in the Deptford art community.

10 days, 400 lengths of timber, 150 sheets of plasterboard and many overloaded vans later; Creekside Artists are now re-established back in Creekside Deptford and are pleased to be launching Creekside Projects – an accompanying exhibition space that will become the hub of the studios, and further add to the thriving art community in the area.

Labour Exchange is an exhibition that celebrates generosity. As the gallery platform is offered as an exchange for the exhibitors’ time and hard work they contributed to build it. In name, referencing the job agency as an organization to help the unemployed find work, whilst playing on the old (and false) cliché that ‘artist’s sign on’. Labour Exchange as an exhibition is a deliberate show of gratitude to the emerging artists exhibiting.

‘Stud wall framer’ Sebastian Coates (Studying Fine Art at Goldsmiths) makes interventions that draw comparisons between painting and sculpture, focussing on the spatial qualities of an artwork to parody the architecture within the gallery, and the viewers interaction with the space.

‘Dry wall fixer’ Robin Jacobs-Thomson (Camberwell illustration Graduate) situates his work between a cross-disciplinary look of Illustration, Design and Art, allowing an innovative, original and insightful approach to his practice.

‘Dilapidation toolstation’  Rachel Mortlock (Bournemouth Fine Art Graduate) makes sculptures compiled of a bricolage of DIY materials, reminiscent of furniture and aspects of architecture, whilst decisively refusing to function in the same way.

‘Impact driver extraordinaire’ Natalie Seo (Camberwell Photography Graduate) works on participatory art and invites people to her works by building environments not only in a gallery space but also in public situated wherever the people are.

‘Painter & decorator’ Lily Slotover (Studying Fine Art at Goldsmiths) creates and questions myths like the ‘Artist Duo’ making work which deliberately explores the act of trying to make art with someone else, or by inflicting rules of process like making Art via the three P’s: Photography Printmaking and Performance.

‘Gloss painting supreme’ Sebastian Sochan (Goldsmiths Fine Art Graduate) is concerned with the poetics of humbleness and fragility is at the heart of his sculptures. His work thrives on being un-monumental and romanticising about the unknown.

‘Dismantler’ Fern Toynton – (Kingston Product Design Graduate) creates functional items that are playful –  both during the assembly process and when they’re finished.

‘Chippy’ Alex Warner (Studying Photography at Glasgow) is continually looking for primary colours in his surroundings and this inspires his work which reflects on British consumerism, chicken shops and repetition and pattern. 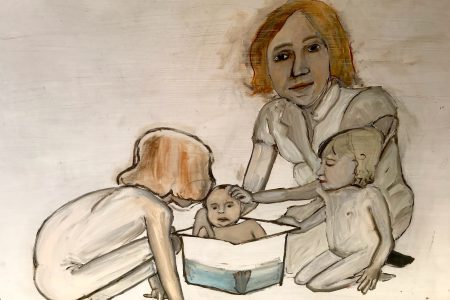 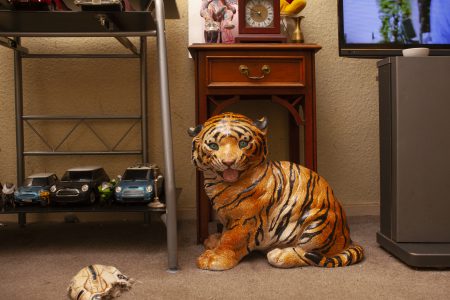