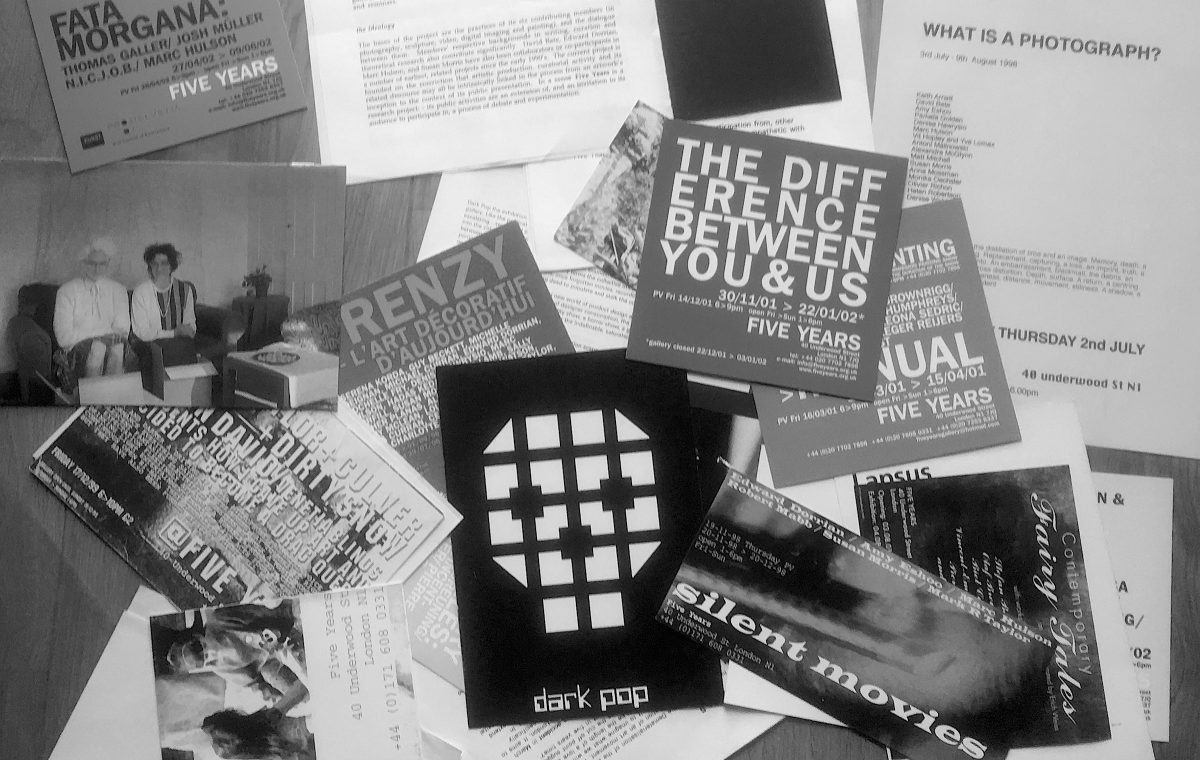 Marking Five Years’ 20th anniversary, 1000 Years of Things is a show about material and its accumulation, about the stuff that accretes to a project over a long period of time: documentation, recordings, publicity material, paperwork, publications, bank statements and bills, correspondence. In the case of Five Years this material hasn’t been sufficiently organized or historicized to constitute an archive – its form is disordered and dispersed, in scattered cupboards and shoe boxes, much of it stored on outdated media. Spanning 200 exhibitions and projects, a selection of this material will be presented publicly both inside and outside of the gallery. Artists and collectives, Five Years members and previous exhibitors will be invited to add to, edit and activate the collection. Performing with and within it, collaging it with new items and other collections, mixing its chronology to create new shared lines of interest, we will present our archive as a stage on which earlier projects can be reassessed and new players added. Challenging the concept of an archive as a hidden space or a place of stasis and power, we hope to generate new agency by thawing items frozen in time.

Five Years was founded as an organisation in 1998 and its activities were initially based at spaces in Underwood Street, Hoxton – a location that was also home to other artists’ projects including 30 Underwood Street Gallery and Bank. From the outset Five Years intention has been to maintain a long-term working context and physical environment guided by principals of organisational co-operation, while supporting the sometimes conflicting drives of creative autonomy, artistic colllaboration, dialogue and the exchange of ideas. To an extent it has functioned as a sustained experiment in whether individual artistic agency and dissenting perspectives on cultural production can be supported in an open and non-competitive structure. Over the course of two decades it has presented 200 exhibitions and events at 3 primary venues and has involved 25 members, functioning without individual directorship or regular funding, operating in the zones of marginality and precarity. Its continued existence is as much about its ethics as its activities, which have a symbiotic relationship to one another. Five Years defines itself as an artists’ organisation rather than an artist-run organisation: its purpose is to facilitate, support and make public its members’ projects and by extension the projects of those artists invited by its members to contribute to the programme – the physical gallery space is a shared resource, a tool rather than a gallery ‘run’ by the artist in the role of curator or director. Five Years intention is not to play a secondary or supportive role to the commercial or established institutional sectors, as a ‘springboard’ for so-called ‘emerging’ artists: it has endeavoured to create an environment where serious experimentation and artistic development can be sustained over long periods of time with relative autonomy. 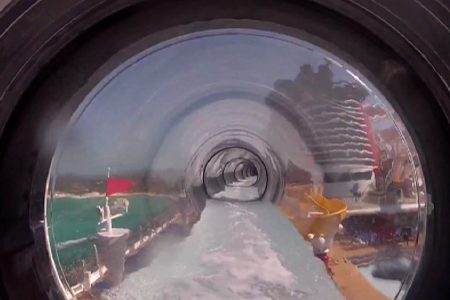 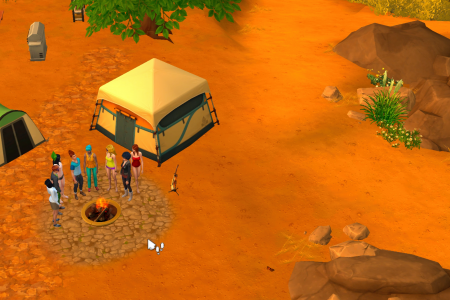