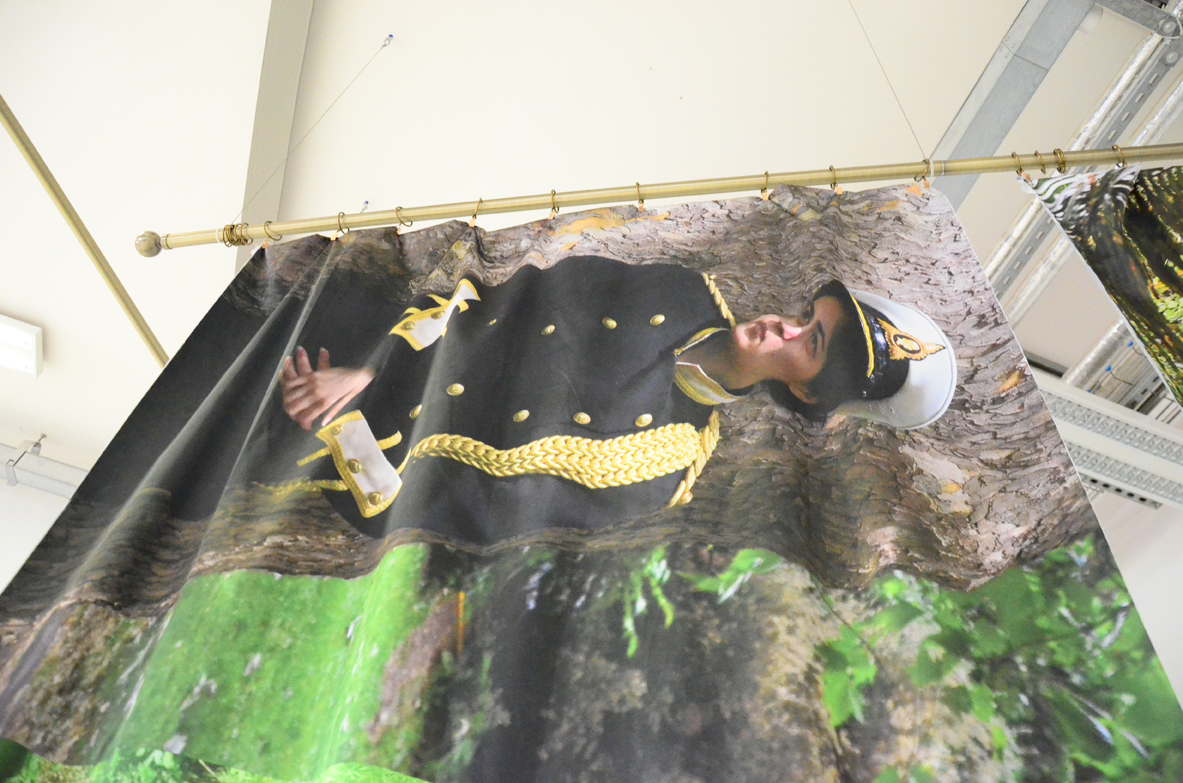 HEWING WITTARE is proud to present Inward – coming in from outside, in which Pakistani artist Maryam Hina Hasnain has been invited to display works at the 1B Window Gallery, Walthamstow whilst considering this years Art Licks Weekend theme of Interdependence. Hasnain has then invited a second artist, Veera Rustomji into the space to consider how shared dialogue can continue and the practice of exchange can support a way of ‘trusting one another as forms of production and art making.’ Sharing a space and encouraging an organic path of invitation, this exhibition aims to build friendships and provide artists with new considerations for their practise.

Hasnain, who has recently completed her UK studies at Goldsmiths, explores ideas of liminal spaces and hybrid identities. She uses textile intervention as a means of unraveling non linear historical narratives – specifically that of South Asia’s fractured 1947 partition. Citizenship and language often surface as powerful signifiers and Hasnain explores the deeply layered web woven between past and present. The appearance that objects can have great independence through trade which is often facilitated by empires and colonialism seems a stark contrast against todays oppressive visa regimes and restricted global mobility. In an era of globalisation Hasnain deconstructs the surfaces of patterned textiles such as carpets to decode their historic imagery by literally picking apart their old production methods.

Hasnain’s work charts complex narratives of displacement and adjustment through materials both familiar and alien, and she will explore this narrative alongside the work of Veera Rustomji who she has invited into the gallery to share the space.

Rustomji uses role play to explore the masculinie representation in film, art and literature within western society. Since living in London her practise has pushed boundaries associated with mobility and questioned the typical role of the powerful, privileged man whose bravery prevails them as superior. Taking risks in her work means putting herself in the position of a man depicted in films such as Indiana Jones or James Bond and questioning the agenda of entitlement. These characters enable Rustomji to explore the ‘parasitic nature of hyper masculinity in visual imagery’ and quite literally put herself in their shoes. What should not be ignored is the pure fun and humour Rustomji brings into her work by playing very ‘Classic’ western masculine roles. However, there is a serious and almost quite sad message to her work which we must note too. As a South Asian woman no matter how hard she tries she ‘will never truly fit into the shoes of these men’. Rustomji’s journey exploring the UK as a tourist, studying the effects of post colonial masculinity and considering her own position as a Pakistani woman in a contemporary society enables her to decode complex structures already laid out.

Questioning the established language for her identity, the tone of Rustomji’s work is often in line with Hasnain’s examination into the impact of globalisation and a concern that any shift towards progessive ideals often comes with tremendous resistance.

Inward – coming in from outside examines the idea of invitation collaboration and inbound practise where there is an importance placed on considering your own work alongside the work of others. HEWING WITTARE takes the role of facilitator, inviting Hasnain to collaborate in the curation as she invites Rustomji’, the second collaborator into the space. This exhibition will celebrate the relationships between creators and contributors to our common culture who come inward from outside the UK.

HEWING WITTARE would like to say a huge thank you to Invisible Numbers and Art Licks for being a wonderful support and making this exhibition happen. 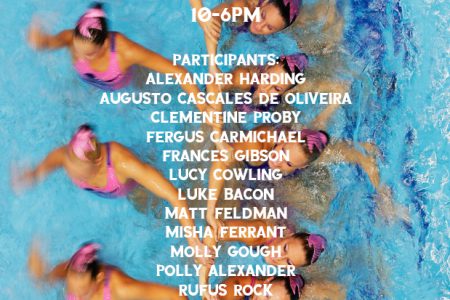